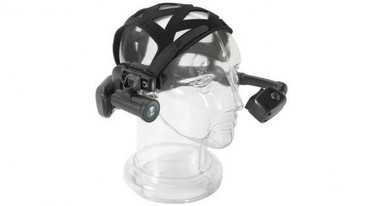 Wearable technology, devices that are worn by users, is a rapidly expanding market which is set to exceed $32 billion by 2019 (IHS, 2014). Commercial wearable technology applications include biometric monitoring, camera and video functions, communication systems, and internet access. Many of these functions could be expanded upon to assist law enforcement by providing greater situational awareness to both officers and dispatchers. Furthermore, the use of body mounted cameras provides an additional means of ensuring accountability among law enforcement personnel, as per the Obama Administration initiative to field more than 50,000 police body cameras nationwide.

The most relevant capability of wearable technologies to law enforcement relate to increased situational awareness functions. For example, biometric sensors would be able to alert dispatchers of a potential emergency situation. Datalinks would enable officers to rapidly exchange information between networked officers and dispatchers including video feeds from body cameras, maps, floor plans, and data from platforms such as unmanned aerial vehicles. Wolf Tombe, Chief Technology Officer of U.S. Customs and Border Protection, it is examining fielding a wrist mounted drone:

“[CBP] is considering are small unmanned aircraft, including a drone mounted on the wrist. Such technology would meet CBP new technology requirements: enhancing officer safety, increasing mission effectiveness — and reducing costs, he said. If it does any or all of those things, ‘bring it in and we’ll look at it’ – John M. Doyle, 2015

The Obama Administration is seeking to acquire wearable body mounted cameras for nonfederal law enforcement officers as a means of improving accountability between the police force and citizens. In response to the Ferguson Missouri riot following the death of Michael Brown, the Obama Administration announced the planned acquisition of 50,000 body cameras for officers nationwide. A total of $20 million in grants has been allocated towards purchasing police body cameras with a total of $75 million expected over the next three years pending Congressional approval (Edwards, 2015).

Despite the substantial capabilities and potential of wearable technologies for law enforcement, significant barriers remain towards the widespread proliferation of wearable technology in law enforcement. Alternative existing equipment, such as mobile devices, could provide some of the situational awareness and data sharing capabilities at greatly reduced cost over proposed wearable systems. Relatively simple body cameras and biometric sensors will likely see expanded use over the next few years. However, until the cost of wearable computers and wearable UAS drops substantially, wearable technologies will not meet their full potential given the limited deployment of more expensive high-end wearable systems.