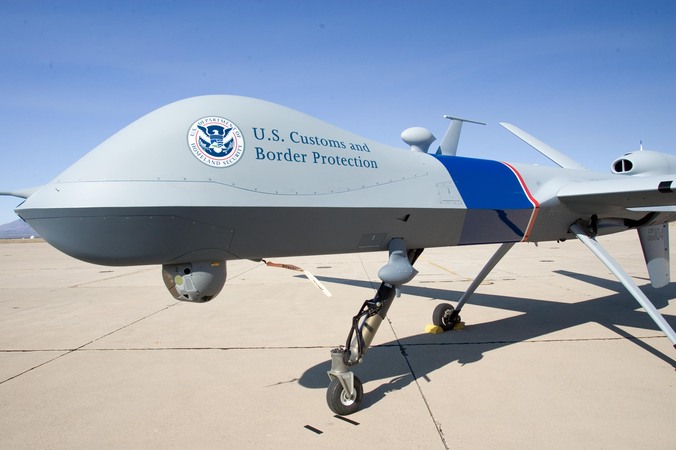 In early March, Congress passed a $39.7 billion budget for the Department of Homeland Security (DHS) which is $400 million dollars greater than the enacted FY 2014 levels.  Most components of DHS received a funding increase, but the FY 2015 budget prioritizes a series of initiatives to strengthen border security through hiring new personnel, developing new biometric identification technologies, and supporting previous efforts to improve border infrastructure. Part II of this series on the FY 2015 DHS budget will detail significant increases in the capability of the Coast Guard as a result of the FY 2015 budget, as well as trends within the agency.

Immigration Customs and Enforcement (ICE) received a disproportionately large increase in funding relative to other DHS components at $944 million, a 13% increase, which is 16% greater than the figure originally requested by the Obama Administration. ICE will spend $62 million this year to hire new support staff and agents to counter human trafficking and drug smuggling operations (Katz, 2015). US Customs and Border Protection (CBP) received a roughly 1% increase in funding, but is also expected to make significant increases to its personnel. The FY 2015 budget funds 23,775 CBP officers and 21,370 border patrol agents. CBP is also expanding its investment into its biometric identification system called IDENT.

IDENT currently contains the finger prints and facial images of more than 170 million foreigners, as well as 600,000 iris templates (Sternstein, 2015). Planned upgrades to IDENT will enable CBP to match more than 10 million iris and facial images through an expansion of IDENT infrastructure. While the IDENT upgrades are expected to improve the system’s identification capabilities, the system is expected to have difficulty in compensating for changes to the iris over time,

“Iris matching is by no means 100 percent accurate. The texture of an individual’s iris changes with aging — though by how much is controversial, and engineers have demonstrated that ID thieves can hack iris template databases to duplicate other people’s eye patterns. ‘We’re trying to get enough knowledge right now on how to do iris [scans] to be able to actually process the images we’ve been collecting for a couple of years now,’ Fritzsche [director of identify technology at DHS Office of Biometric Identity Management] said during public remarks. ‘That’s what we’re doing with this pilot.’” – Aliya Sternstein, 2015

In conjunction with the Canadian Border Service Agency, the Department of Transportation, and Transport Canada, CBP completed a series of border infrastructure projects under the Border Infrastructure Investment Plan (BIIP) I and II, which were completed in 2014.  BIIP 1.0 upgraded the infrastructure in seven key Canada-US border sites, and BIIP 2.0 expanded the program to include the top 20 crossings by two-way trade, 25 major ports and the top 15 crossings based on two-way non-commercial traffic volume (Transport Canada, 2014). BIIP 2.0 includes investments in intelligent transportation systems such as wait time measurement technology, advanced traveler information systems, and traffic management centers. Cumulatively, BIIP 1.0 and 2.0 will improve security, reduce wait times, and improve the reliability of shipments.

In summary, DHS is in the process of making significant additions to border security through new technologies, upgraded border infrastructure, and additional personnel. However, boosting border security does not come without a cost: the Transportation Security Administration will face a $94.3 million reduction in its budget, as well as a cap on airport screening personnel (Medici, 2015). Furthermore, DHS’ FY 2015 budget request reduced funding for the Science and Technology directorate by nearly 10% when compared to the enacted FY 2014 budget. The prioritization of border security and the development of biometric identification technologies reflects shifting agency priorities. Cyber security is also receiving increased attention within DHS as shown by the creation of the new National Cybersecurity and Communications Integration Center and developments within the Coast Guard which will be discussed in Part II.